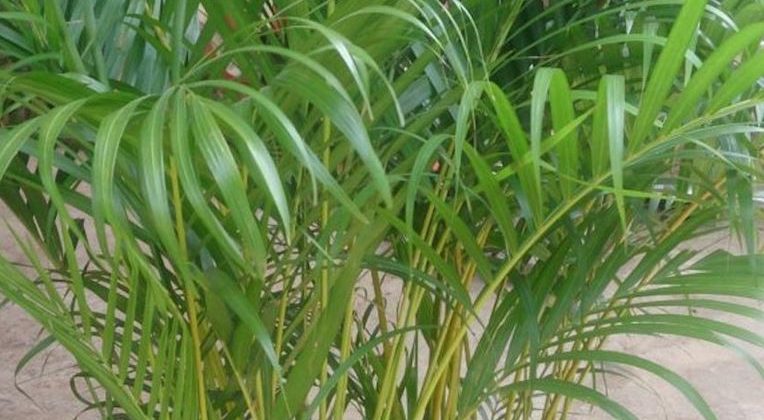 What plants clean the air best

Plants have purifying air properties. They absorb carbon dioxide and produce oxygen. However, many plants can purify the air. Therefore, in rooms where there are people, there should also be these special plants especially recommended for air purification. These include:

Spathiphyllum
has the ability to clean the air of toxic substances. It also absorbs mold spores and harmful radiation emitted by electrical and electronic devices. In the process of photosynthesis, the spathiphyllum takes and breaks down harmful substances from the environment. In addition, it moisturizes the air and converts carbon dioxide into oxygen. NASA research has proven that the wingworm absorbs dangerous compounds such as formaldehyde, benzene, xylene, trichloroethene, carbon monoxide (chad). The plant is an elegant interior decoration, and additionally provides us with clean, properly moisturized air, which is now at a premium.

Rapis haughty
also known as broad-leaved palm or bamboo palm.
One of the most popular substances absorbed by haughty rapis is ammonia – we will find it largely in many detergents, dyes and various types of colored textiles.
This plant looks beautiful both in modern, minimalist and classic interiors. Rapis kept in large pots and properly cared for grows to an impressive size.

Polypody
Fern is a plant that can be found in many homes, simple to maintain, effective and easily available. Keeping her at home has a positive effect on air. Fern, absorbs a significant portion of floating formaldehyde

Common Ivy
This popular plant turns out to have a very positive effect on our surroundings – it absorbs formaldehyde, which is considered one of the most common air pollutants. Formaldehyde vapors are emitted, among others in car exhaust. Common ivy is not demanding: it doesn’t need much sun, you can not only decorate the walls of houses with it, but also keep it indoors.

Bordered Dracaena
Dracaena will provide air purification from gases released by such substances as xylene, trichlorethylene and formaldehyde, which we will meet, among others in solvents, paints and sealing preparations. This plant can grow up to 2 meters.

Sansevieria
Sansewieria is easy to maintain, does not require frequent watering and can survive without watering for a long time. Her keeping her at home affects our air. The plant will clean them from benzene and formaldehyde.

Areca
Easy to care for and strongly cleansing the air, and also extremely effective. Areca comes from Madagascar, but is now bred worldwide. Its impressive appearance is due to reed stems ending with green and feathery leaves. It can be placed in bright apartments and rooms, but avoiding exposure to direct sunlight and protecting against drafts. It will clean the air of xylenes, formaldehyde and toluene used, among others for the production of gels, sprays, hair dyes and nail polishes.

Chrysanthemum
It is associated mainly with November 1, but it is this charming plant that is one of the most effective air purifiers from poisonous chemicals. It removes all five of the most harmful compounds found in major cities today: trichlorethylene, xylenes, tulene, formaldehyde, benzene and ammonia. It can stand at home in a dry and sunny place. It should be watered regularly to keep the soil moist, but not too spilled.

There are Plants that much more absorb harmful substances.
Remember, ICon Pro air healer allows you to quickly reduce air pollution and maintain very good level of cleanliness under control. ICon with the plants will introduce a better atmosphere, improving comfort for work or rest.